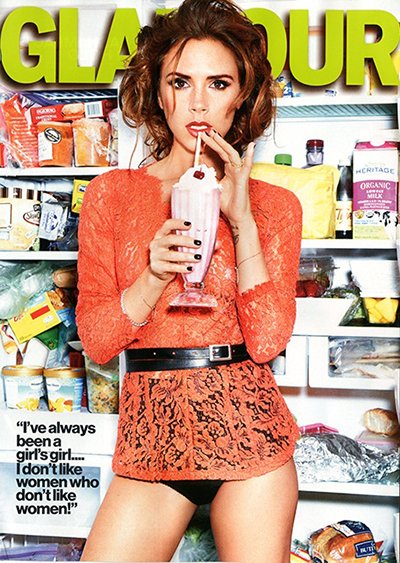 Victoria Beckham will be the Glamour Covergirl next month and she opens up about reading “50 Shades Of Grey” and why she doesn’t smile.

She digs “50 Shades Of Grey” but doesn’t want to talk to her mom about it;

“I’m halfway through the second one. I even bought my mum the book! But every time she tries to engage in conversation about it, I kind of dodge the subject. I don’t really want to talk to my mother about S&M.”

She also touched on why she is never seen smiling;

“Do you know, I don’t know?! I actually used to smile a lot in pictures. I think I only stopped smiling when I got into fashion. [Laughs.] Fashion stole my smile! I’ve created this person. And I’m not saying that’s not me, but I wouldn’t say that’s the whole me…. It’s an armor that goes up.” 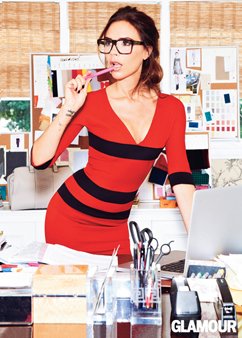 She also discussed her husband David beckham coming to her fashion show for the first time, after 10 years of marriage;

“It was the first time! He’s always been working or training. But I was nervous about this show. I was feeling a lot of pressure. He phoned me the night before, and I just said, ‘I want you to come be with me. I want a cuddle. I really do.’ And it was great to have him there. I think he was surprised; I don’t usually bother him with much detail. And then you get there, and the models, the hair, the makeup…I think he was blown away!”

10 years without having to go to a fashion show? David, you had a great streak going!-DocFB