Posted at 09:06h in Music by drfunkenberry 4 Comments
0 Likes
Share 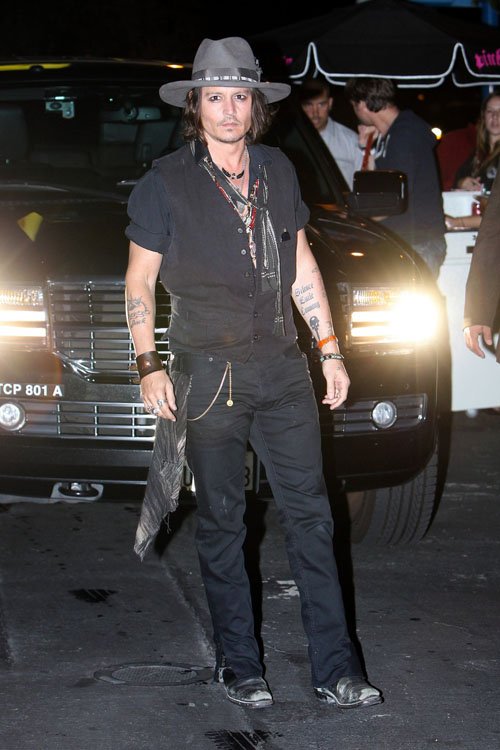 Johnny Depp attended the Aerosmith concert at the Hollywood Bowl last night and afterwards, he headed to the Pink Taco for the official afterparty.

Johnny stopped by to sign some autographs and take some pictures with fans who spotted him.

Johnny Depp will appear on the big screen again in “The Lone Ranger,” where he will be playing the role of Tonto.-DocFB