Posted at 07:30h in #FlashbackFriday by drfunkenberry 2 Comments
0 Likes
Share 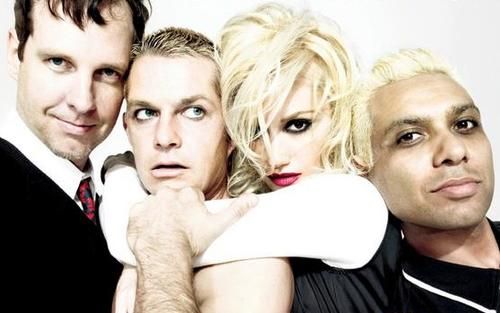 There is a reason why No Doubt is one of my favorite bands of all time. Tony Kanal and Gwen Stefani’s song writing on “Running” is a huge part. I believe it was written that is was written In Kanal’s living room from what I have read.

You could see the video of “Running” as just the last video from “Rock Steady” as say a throw-away…you would…if you were not a fan. Here was No Doubt reflecting on how far they have come with photos from their past. To me, it was an ode to their fans as a way to say thank you. I’m sure many of them (The fans) feel the same way.

The pencil pushers who were trying to compare this song to Depeche Mode songs just never got No Doubt…and obviously never will. Just like Gwen will always be an Orange County girl….

Chris Hafner did a good job with the direction of the video and the integrating of the photos of past and present No Doubt members.-DocFB

Diagnosis: No Doubt is an important part of music history. They don’t get their due but they will. In the 90’s, they made a statement and stood on their own with MTV mostly dominated by Pearl Jam and by the Smashing Pumpkins. Gwen and the entire band were and still are true originals. Just because they gave props to Ska, you couldn’t just categorize them as Ska. If you did, that was your loss. “Rock Steady” let you know this band was here to stay. “Running” is a reflection of that. I’m so sorry if you have fallen and don’t get that…..They made it…and are still “Running”……