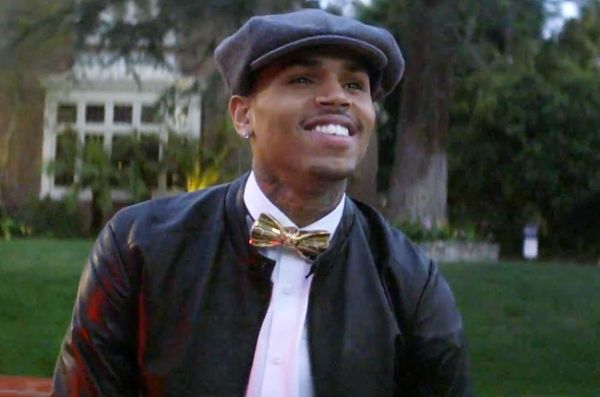 Is it even possible to lose your virginity at 8 years old? If you are Chris Brown, it sure is!

In a new interview with The Guardian, Brown talks about how he lost it to a girl who was 14 or 15, and then goes on to say he is the “Prince of today”;

“Yeah, really. Uh-huh.” He grins and chuckles. “It’s different in the country.” Brown grew up with a great gang of boy cousins, and they watched so much porn that he was raring to go. “By that point, we were already kind of like hot to trot, you know what I’m saying? Like, girls, we weren’t afraid to talk to them; I wasn’t afraid. So, at eight, being able to do it, it kind of preps you for the long run, so you can be a beast at it. You can be the best at it.” (Now 24, he doesn’t want to say how many women he’s slept with: “But you know how Prince had a lot of girls back in the day? Prince was, like, the guy. I’m just that, today. But most women won’t have any complaints if they’ve been with me. They can’t really complain. It’s all good.”)

“I drew a lot of inspiration from the Ginuwines, the Ushers, the Michael Jacksons, the James Browns,Sam Cooke. I was never afraid to take those steps or cross those boundaries of trying to be equal to those guys. I never doubted myself, and I thought if I’m going to do it, I’ve just got to work hard.”

For more of the interview and what he said about Rihanna, click here!

On the Rihanna incident.

“probably the biggest wake-up call for me. I had to stop acting like a little teenager, a crazy, wild young guy.” But when I ask if that’s how he thinks of himself when he looks back at that time, he snaps back, “No, not at all” as if the description had been mine and not his. “Cos you can talk with all my girls that I did mess with before, and it’s never been a violent history.” Then he switches again: “But at the same time, I learned from it, and it was almost like… I wouldn’t say it happened for a reason, but it was something to trigger my mind to be more of a mature adult. To handle myself in situations, don’t throw tantrums, don’t be a baby about it.”

Chris Brown did the interview as he has a new album coming out on 11-19-13 and is promoting it.  The interview with The Guardian is quite interesting to say the least.-DocFB

Diagnosis: Make sure to talk about all the girls he messed with before and there never being a violent history.  Oh well.  People are still asking about it but honestly, rather not hear about it anymore.