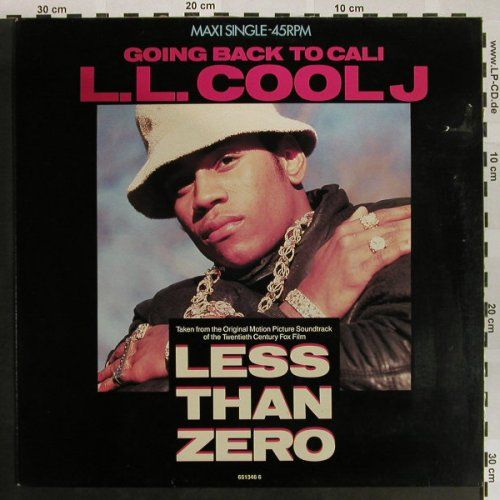 It is time for #TBT #ThrowbackThursday with “Going Back To Cali” from LL Cool J. The song was released in 1988 and featured on the “Less Than Zero” movie soundtrack.

That horn line is still the business! The song was also featured on LL’s “Walking With A Panther” album and the song was produced by Rick Rubin, who is producing Eminem’s new record.

Diagnosis: I was driving last night up the street to get some water and the song came up on my car’s iPod. That bass line and the groove made me roll down the windows a little bit in the chilly L.A. air and bob my head. I knew then I would be sharing this jam with you for #ThrowbackThursday. Hope you are digging it as much as I am.