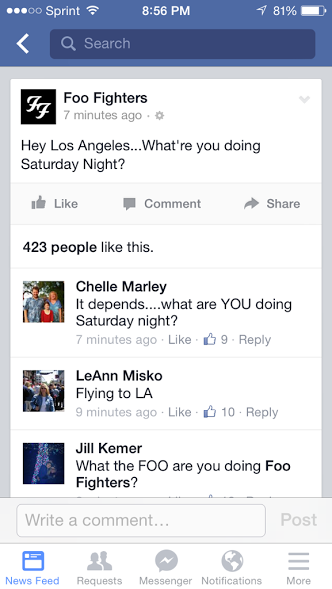 The Foo Fighters are teasing a show in Los Angeles this Saturday night January 10th. They have been promoting their new album and HBO Docu-series”Sonic Highways” where they have been performing at each city that is featured in the series.

L.A. would be the only city where the Foo Fighters have performed twice. They did Texas twice but two different cites.-DocFB

Diagnosis: Palladino’s? The Viper Room? Somewhere bigger? Hopefully it will be open to all fans and not a contest like the KROQ Roxy show late last year. Perhaps the Wiltern and a first come first serve line-up situation? Stay tuned!