10 Mar “Got To Give It Up”! Robin Thicke & Pharrell Ordered To Pay $7.3 Million To Marvin Gaye’s Family For “Blurred Lines”! 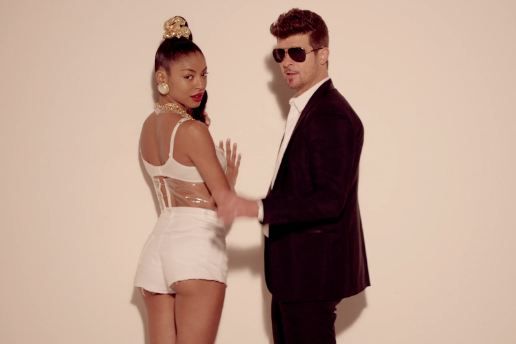 Well, the lines were not blurred, at least to the jury. Marvin Gaye‘s family is being awarded $7.3 million from Pharrell Williams and Robin Thicke for “Blurred Lines” sampling and borrowing without permission Gaye’ 1977 song “Got To Give It Up”.

Marvin’s family was attempting to get $25 million from Thicke and Williams for copyright infringement of the song.

Variety reported that just last week that Williams felt there was no infringement on the song in question.

During the trial, Thicke played piano on the song and said during interviews in 2013 that when he said he was greatly influenced by Gaye during the recording of “Blurred Lines” and the album he recorded then, that he was drunk at the time of every interview mentioning Gaye. Every. Time.

“Right now, I feel free,” Marvin Gaye’s daughter, Nona Gaye, said after the verdict. “Free from … Pharrell Williams and Robin Thicke’s chains and what they tried to keep on us and the lies that were told.”-DocFB