09 Feb A-Rod Admits To Steroid Use 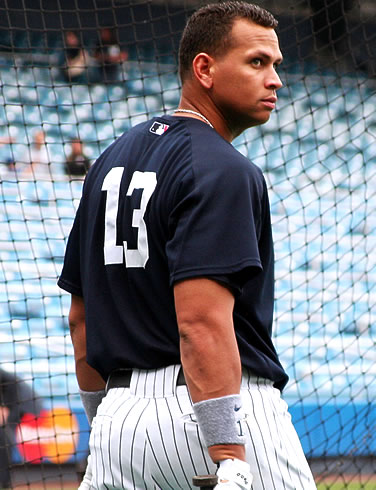 In a new interview with ESPN, Alex Rodriguez has admitted to the use of performance enhancing drugs when he played with the Texas Rangers between 2001-2003. He told Peter Gammons:

“When I arrived in Texas in 2001, I felt an enormous amount of pressure.  I felt like I had all the weight of the world on top of me, and I needed to perform — and perform at a high level — every day.

Back then, it was a different culture. It was very loose. I was young, I was stupid, I was naïve. I wanted to prove to everyone that I was worth being one of the greatest players of all-time. I did take a banned substance, and for that I’m very sorry. I’m deeply regretful.”

To watch a clip from the ESPN interview, click here. The full interview will be broadcast tonight at 6pm ET on ESPN’s SportsCenter.