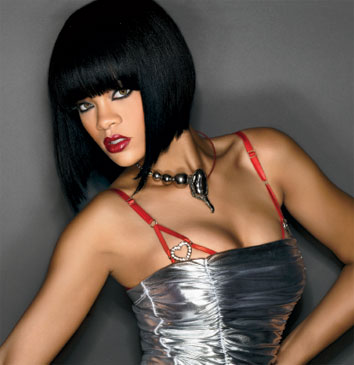 It is being reported that Rihanna’s injuries are worse than previously thought.  “Horrific”, reports TMZ.com.

Rihanna has major contusions on both sides of her face, swelling and bruising, they report. Also a split lip and bloody nose.  She was bit on her arm and her fingers.  WTF?  It’s Rihanna not KFC, Chris!

No umbrella ella ella ella was used in the attack but Chris did hit her with his fists.  The police took photos at the scene while Rihanna did officially refuse treatment.  Lastly, they report it was not Rihanna who placed the 911 call.  That 911 will be getting released soon is all I can say.

Actually, I can say more.  This sounds worse and worse by the minute.  This was not some slap or stupid push, neither which are O.K. but it looks like he just straight lost it.  No wonder he got Mark Geragos to be his lawyer.  Right now, in the public’s eyes, Chris Brown is a straight punk.-Dr.FB