23 Mar Erykah Badu ‘Twitters’ About Her Stalker, Gives A Free Concert, Then Hits G.O.O.D For A Freestyle Session With Common And Kanye West 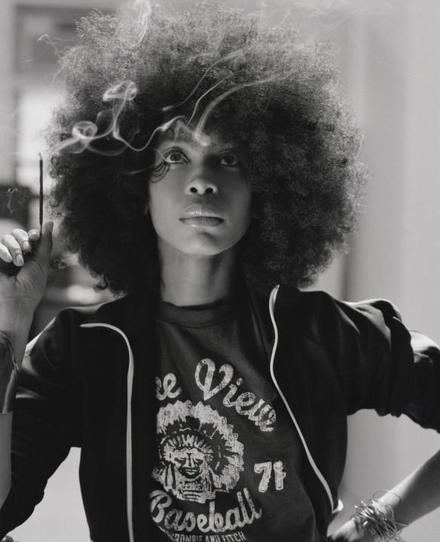 So why was Ms. Badu late to her free concert at the SXSW on Saturday night? While a huge crowd of fans stood in line at The Auditorium Shores Stage in Austin, Texas, she was at home ‘Twittering’ about the stalker that was standing outside her home.

Fans where eager to see Erykah and her new band,”The Cannabinoids”.  So when fans where asked if they knew why she was late, the majority of them didn’t know and really didn’t care as long as at some point she arrived and performed.  With that said, she finally showed, but not before she twittered one last time. “Poor chic is apparently sick.  I feel so awful.  Police pepper sprayed her and cuffed her.” Badu wrote, according to EW.Com.
Immediately after her show she headed out to the G.O.O.D Show at the Levi Fader Fort. Erykah shared the stage with Common and Kanye West for a HOT freestyle session.