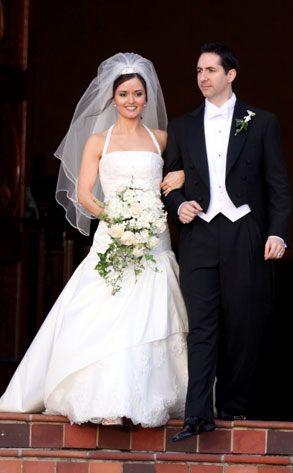 Well, well, love IS in the air now that spring has sprung, isn’t it? First Harrison and Calista, then Bruce and Emma, and now word that Wonder Years star Danica McKellar has tied the knot with composer Mike Verta this weekend in La Jolla, California.

Who can forget Winnie Cooper, the sweet, pretty girl who captured our and Kevin Arnold’s hearts on Wonder Years and never let them go? Added to the long list of the smitten is 36-year old Verta, who has been with McKellar since 2001. The couple wed in what McKellar described as an “intimate, formal” ceremony attended by 150 guests, including actors Dan Lauria and Alley Mills, who played Kevin’s parents on the show. Kevin himself (Fred Savage) was not in attendance.