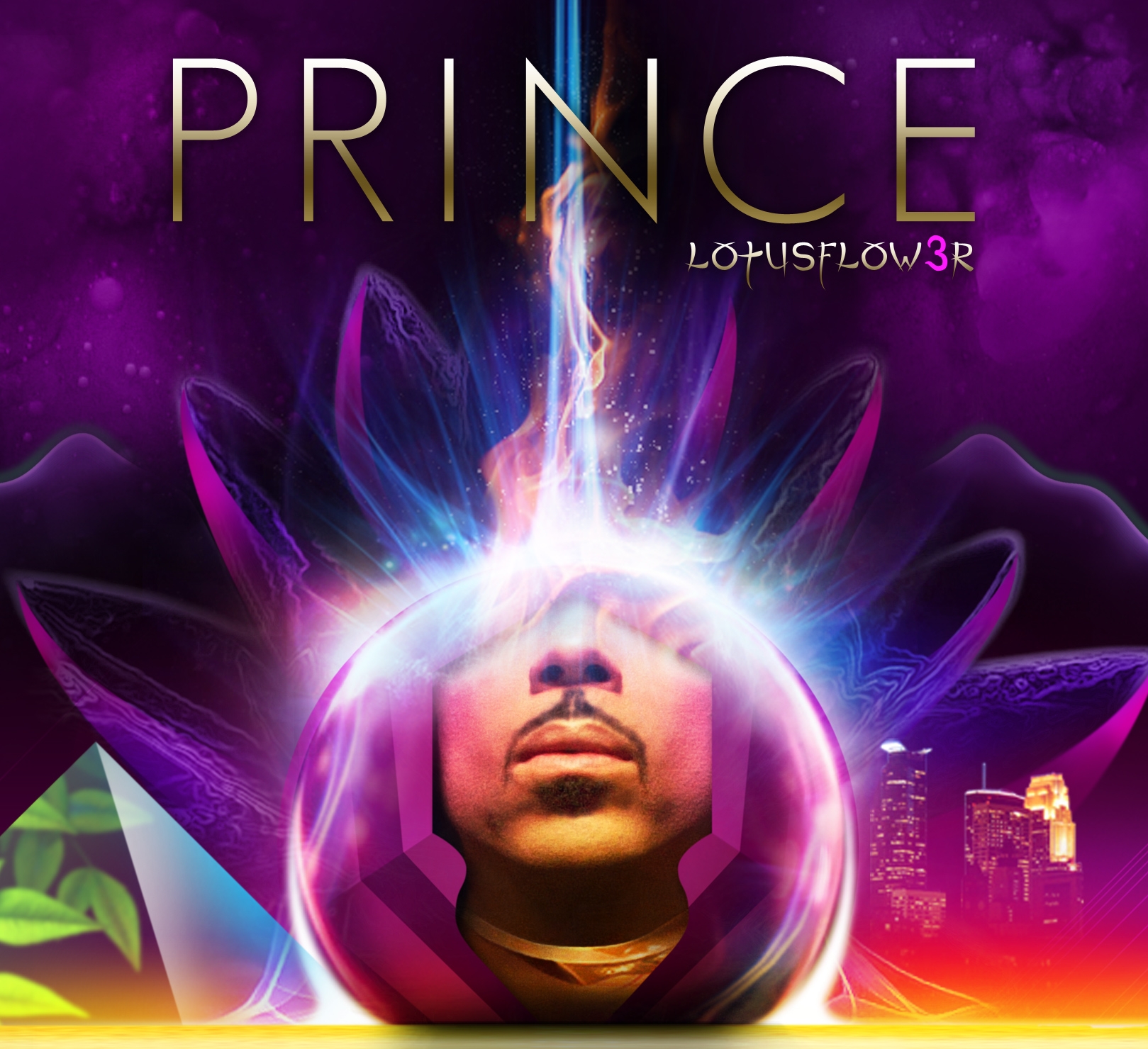 Lotusflow3r by Prince or should we say for this, Pr1nce. We are told this is the rock album from Pr1nce. let’s not wait any longer….

The instrumental track sounds like something from Pr1nce’s still unreleased Undertaker album, very guitar and drum heavy.  Good introduction to let you know what you are about to experience.

Boom is sung in Pr1nce’s high falsetto and has a great guitar breakdown that should have you by the middle of the song.  His guitar prowess is there and blends in well without any overproduction factors.

The song made by famous in the 60’s by Tommy James and the Shondells has received the Pr1nce touch and it should become a favorite.  Please note, I am not really much on covers when it comes to Pr1nce only because the man is so talented, he really makes the songs his own.  It just comes too easy for him and with artists as great as him, I like the challenge of something new.

Like I said, this is Pr1nce’s song now and when he kicks into “Wild Thing” live, you will agree.

The Morning After is a song culled from Pr1nce’s 2006 sessions and all I will say is after Adam Levine hears it, he may want Pr1nce to write some songs for the next Maroon 5 record.

The reason why this love song stands out for me is because it is simplistic in the sense of not over recorded or over-dubbed.  Pr1nce ballads are synonymous sometimes for sexual overtones or writing with an innocence of first love.

He combines the two well, from the talk of holding hands, yet still putting himself somewhat more experienced as he could be your future lover, you could be his future girl.

The mellow-dramatic Pr1nce comes at you with a Colonized Mind. Is this about the music industry?  The New Evolution? Political Propaganda? All of the above. Regardless, we are being uploaded new information for us to download and process.

Pr1nce is getting serious and throwing down lessons while his guitar makes sure you get the point or else it will still be the blind leading the blind.

Background vocals on this track are Shelby J., Marva King, Bria Valente, and The Twinz.

This track may have been re-recorded since he put a sample up on the net in 2006, not sure. Regardless, this track seems to fit in more here then 3 years ago anyway.

The track is funky compared to rest of the record so far. He brags, he boasts, he attacks, shoot, he even censors himself.  Pr1nce invites you to his purple rock n roll and are you really going to say no? Not if you don’t want to Feel Good, Feel Better, Feel Wonderful.

Pr1ncely screams towards the end close out this track.

The Girl From Ipanema anyone?  lol. The title is quite self explanatory and makes me think Pr1nce may have been listening to some of his “Parade” era stuff before recording this track.

Comparing notes of music to the sound and act of love making equals Pr1nce’s love like jazz.

The guitar humps n thumps into the next track…..

If you were expecting a track like the last song he named after his previous place he lived, 3121, you would be wrong as it is an instrumental piece.

It sounds again like Parade era style jazz but could also fit in after Pr1nce’s 1979 self-titled release, like say after the song “When We Are Dancing Close & Slow”.

The way Prince starts this, you wonder if he is dreaming or he was transported to Germany.  He doesn’t believe in luck but he is curious by the one girl who it is written upon who gets down like the wall of Berlin.

This track may not be as good as Colonized Mind but the so-called innocence of Pr1nce is there as they should just pretend they met, understanding that getting down like the wall of Berlin is something new and exciting, so much so, he can’t tell if it is reality or just a dream.

This song. Pr1nce calls in Maceo and here comes Pr1nce’s speeded up voice.

What difference does it make who has the most bank/It’s just ink and chlorophyll.

He is not so much bragging or boasting but more like peepin’ the scene at the club and seeing $ in the eyes of the boys and girls.

Pawns aside who’s the King 2 and 4/With hot sauce from the Bay to Baltimore.

I like this track and glad it is on here more than MPLS0und just to bring a different flavor to this album. It is the first track that fades and makes me wonder if there is a longer version existing elsewhere?

Jimi, are you listening?

Pr1nce addresses racism in the colors of red, white, and blue.  Bringing up the disturbing image of Dr. Martin Luther King laying in a bloody pool.  It is not used to shock the listener, but more likely educate them thru his eyes.

If it was just a dream/Call me a dreamer 2

Pr1nce brings up race in the sense of a race to what and where are we going. His socially conscious view in a post President Barack Obama world, where racism may be swept under the carpet, but make no mistake about it, it’s still there.

It’s refreshing when Pr1nce gets topical to me and if the listener can grasp the story he is telling and hear it from his point of view instead of their own, then the song will stand out the way it should.

A slow downed jam that returns from the 1st one obviously.  Towards the end is a distorted voice very much slowed down and was hard to make out what was being said.

The Lotusflow3r is more of a rock record than guitar record. Let’s not get that twisted.  There is no dance rock like Let’s Go Crazy or Fury or Bambi. This is more along the lines of Pr1nce’s The Cross and Sign O The Times and it is refreshing regardless if it may not be upbeat.  You want upbeat?  Put on $ or Feel Good, Feel Better, Feel Wonderful. Boom is the groove. It also features drums by Michael B. on 5 of the tracks.

The Lotusflow3r is one you should let bloom over time.  Perhaps only then, can you see it’s true beauty.-Dr.FB

*Only on Target release we are told.

**Only on Lotusflow3r.com version we are told.

I really hope I did not ruin a big surprise with that.  I think it is very cool and another bonus to join the site.