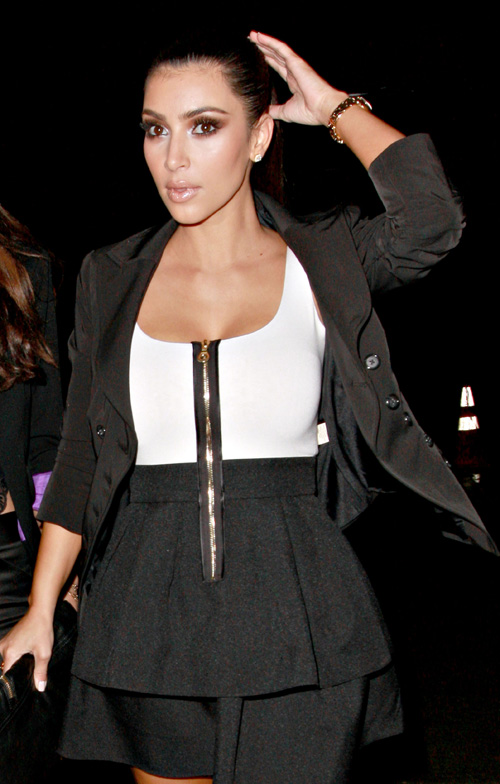 Kim Kardashian took to her web site yesterday to explain how upset she was with Donald Trump after firing her sister Khloe from the “Celebrity Apprentice” tv show.

“Last night, Donald Trump fired Khloe! I was a little disappointed at how she was given the boot! Trump fired her after saying he’d lost respect for her because she previously had a DUI. She obviously made an awful mistake but definitely has taken responsibility for her actions and we are all very proud of her. She has always been committed to attending her DUI classes and there was no option, she had to go back to LA to go to a class for a day. I am so proud Khloe made it this far! The reason she got fired had nothing to do with her work ethic or her performance on the show!”

I must say, I am disapointed in Trump as well.  Not for his pick of a lackluster guest star last night, but Kim is right.  Because Khloe was being responsible, she got kicked off.  Lame.  You think Dennis Rodman never had a DUI or been arrested before Donald?  It had nothing to do with Khloe’s work ethic and that was horrible.-Dr.FB