15 Apr Hugh Jackman: When In Rome 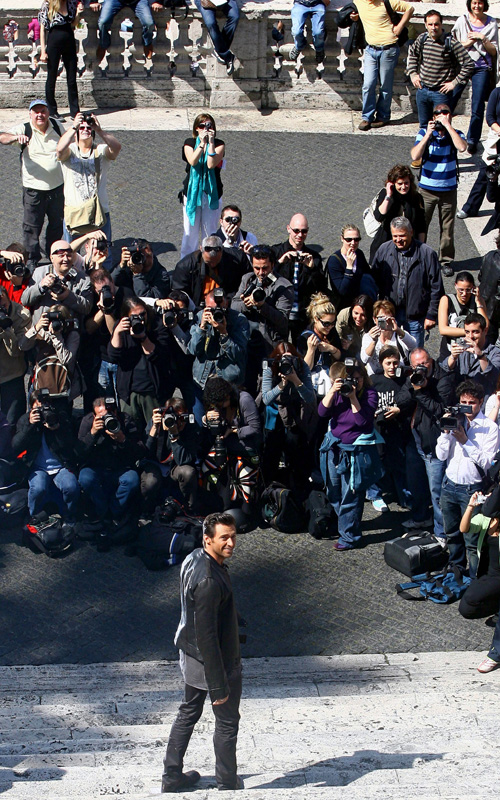 Hugh Jackman, while promoting X-Men Origins: Wolverine in Rome, Italy, had a little fun with the photographers and fans following him.

We were told by onlookers that he was extremely friendly with the crowd and cracking jokes.  His playfulness allowed this photograph to be taken and show what it’s like in a crowd of cameras.

Who really wants that attention all the time?  What do you guys think?-Dr.FB