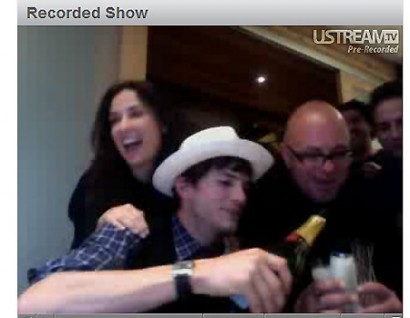 Who’s the man?  Yeah, that’s right, that 70’s show stud, Ashton Kutcher.  Ashton became the first Twitter user,  http://twitter.com/aplusk,  to gain more than one million followers. For the past few days he was in the running with http://twitter.com/cnnbrk, who he beat late Thursday night.  His account just went a wee bit over the million mark when Ashton, his wife, and a few friends celebrated live on ustream.  Kutcher is the first official “Twitter Millionaire”.