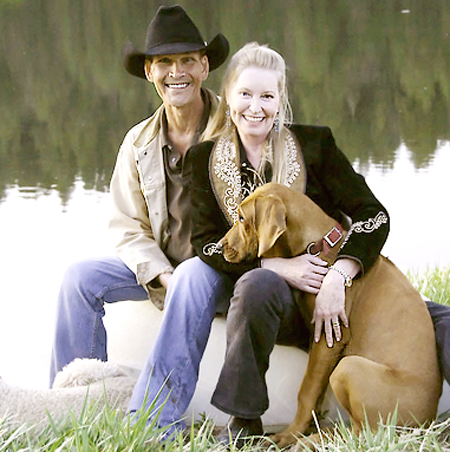 The rumors of Patrick Swayze passing away were long off and to prove it, Patrick released a photo of him and his wife at their home in New Mexico last week. This is the first public appearance or photo of him in about a month.

Glad to see him smiling but still pains my heart to see how skinny he is.  There are traces of what he used to look like but it does look like a different person.  He looks stronger then we last saw him though which is a good thing; either that or he was acting for the camera.  I like to think it is not the latter.

It has been over a year since Patrick was diagnosed with pancreatic cancer and has been in the fight for his life, a majority of the time looking like he was beating it.  Lately, not so much but he is still fighting and I am sure your prayers mean a lot to him.  So keep fighting Patrick and be that miracle, dude.-Dr.FB