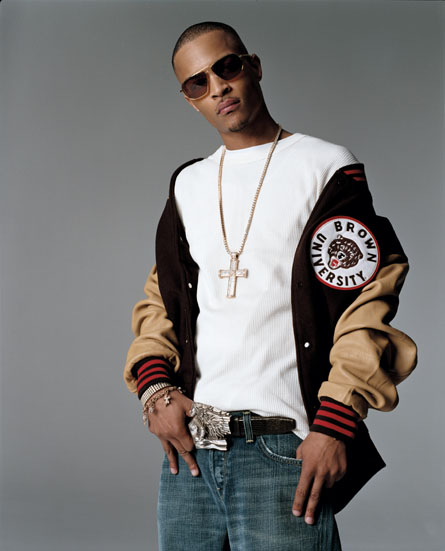 T.I. reported to jail yesterday in Arkansas for his prison sentence.  Making news, however is the rumors that he got married  to his longtime girlfriend.

Tameka “Tiny” Cottle has been T.I.’s girlfriend since 2001 and if you believe reports, she is now his wife.  Tameka used to be in the R&B group Xscape.  She and T.I. have 2 children together and lost a 3rd when it was stillborn.

Someone inside T.I.’s camp is saying the marriage took place last week and they are husband and wife.  No confirmation has come from T.I.’s camp (outside the unnamed source) or the new wife.  As soon as I know more information, I will pass it on to you.-Dr.FB