26 Jul Where’s The Beef? Who Cares! These Polar Bears Eat Veggies And Like It 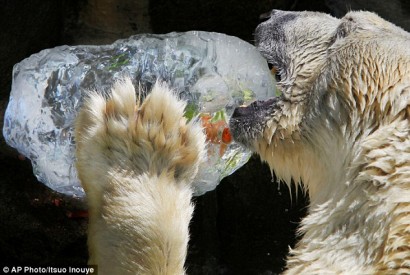 As a meat eating animal, you wouldn’t expect a polar bear to get excited over fruit and vegetables, but surprise these bear loves their veggies.

Who needs seals, they got broccoli 🙂

Polar bears at theTokyo’s Ueno Zoo were determined to get to the fruit and vegetables on offer – even if they were enclosed in blocks of ice.

Male bear Yukio adopted a practical approach to the task – he lifted up the ice block close to his face and took a mouthful. While the female, Reiko, was less hands on. She stooped her head instead and took a bite.  Nice! 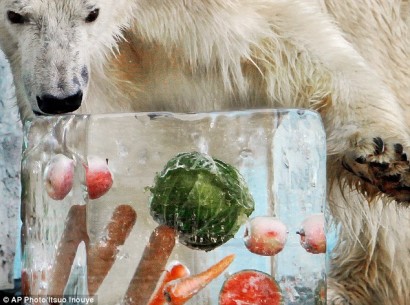