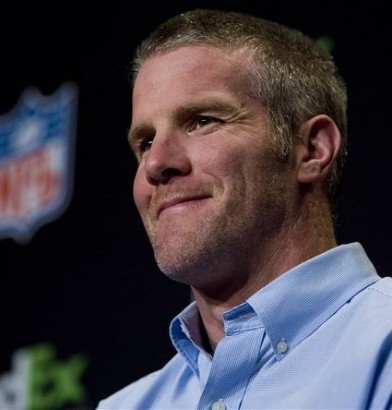 UPDATE!! Bret Favre has agreed on a 1 year deal pending physical. All signs point to Brett being a Viking!

So much for him staying in retirement 2 weeks ago!

Brett Favre is on his way to Minnesota to sign with the Minnesota Vikings.

Favre played for the New York Jets last year after being a Green Bay Packer for his entire career up to that point.

Minnesota has pursued him in the offseason but Favre announced weeks ago that he was done.

Guess not. This will bump Michael Vick from the football headlines. We will report more later so keep it here as we will have a writer from Minnesota covering the signing.-Dr.FB

UPDATE: I have just comfirmed with Viking officials that Vikings head coach Brad Childress is set to meet with Favre in about an hour.

Right now, looks like the deal is a go

UPDATE Favre just landed in St. Paul, Minnesota n was picked up by Brad Childress. Bret in t shirt shorts n cap along with wife. On way to winter park.