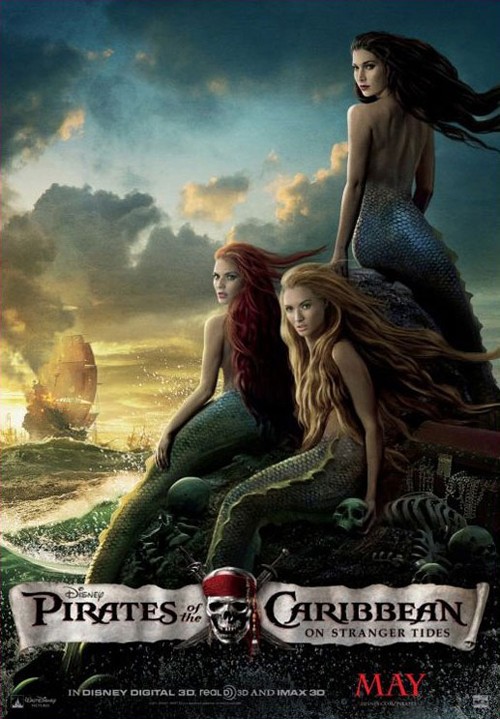 Pirates Of The Caribbean: On Stranger Tides. Photo: Walt Disney

The new poster for Pirates Of The Caribbean: On Stranger Tides has been released.  This is the 4th Pirates movie and will still star Johnny Depp sans Orlando Bloom and Kera Knightly.  Penelope Cruz has been added to the cast.

It gives you a first look at the mermaids who will be featured in the movie.  Captain Jack meets Ariel?

Jerry Bruckheimer felt it was needed to not have any women in the movie with breast implants.  He told Entertainment Weekly recently ” “I don’t think they had breast augmentation in the 1700s. So it’s natural for casting people to say, ‘We want real people.’”

Interesting to say the least.  What do you think of the movie poster?-Dr.FB