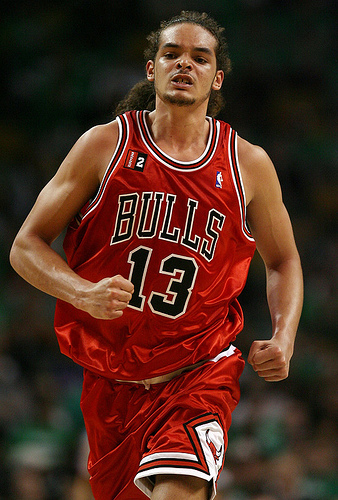 The Chicago Bulls Joakim Noah apologized for the comments he made to a fan list night when he called a fan a gay slur starting with an “F” but never said that he said it, but apologized for his comments.

The NBA fined Noah $50,000, half what they fined Kobe Bryant for calling a ref the same word the game before the last game of the season.

GLADD  thinks the NBA has a gay problem and they might be right.  Although the players say it is just smack talk on the court, it is done in front of thousands of people in person and millions of people at home.

The NBA is in the middle of running a campaign asking people on the courts at home not to say the word, but the NBA’s players are not following suit.

Was Noah’s fine just right and should he have been suspended for games as well?-Dr.FB