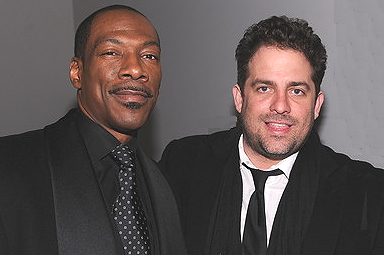 Eddie Murphy is pulling out as host of the Oscars next year after Brett Ratner resigned as producer.

Eddie released this statement: “First and foremost I want to say that I completely understand and support each party’s decision with regard to a change of producers for this year’s Academy Awards ceremony,” Murphy said in statement released by the Academy today. “I was truly looking forward to being a part of the show that our production team and writers were just starting to develop, but I’m sure that the new production team and host will do an equally great job.”

The acadamy added: “I appreciate how Eddie feels about losing his creative partner, Brett Ratner, and we all wish him well,” Academy president Tom Sherak said.

Brett Ratner did a movie Q & A for “Tower Heist” on Sunday and when asked about rehearsals, Brett said “Rehearsals are for (F-word gay slur)” and has gotten heat over it.  Brett told The Hollywood Reporter exclusively that he is resigning.

Brett came under attack for that comment and comments he made to Howard Stern regarding his sex life and telling an underage Lindsay Lohan to get tested for STD’s.

We are being told by two sources that Eddie has stated if Brett is resigning from the Oscars, so is he.