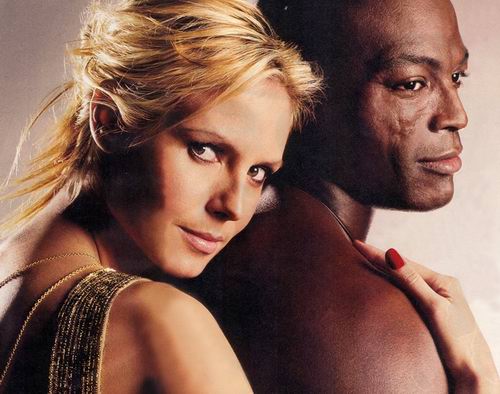 A day after news broke that Heidi Klum will be divorcing her husband of almost 7 years, Seal, the singer and model confirmed they are splitting up.

TMZ broke the news but the couple released a statement exclusively to People.  The statement from the couple is below;

“While we have enjoyed seven very loving, loyal and happy years of marriage, after much soul-searching we have decided to separate.
“We have had the deepest respect for one another throughout our relationship and continue to love each other very much, but we have grown apart. This is an amicable process and protecting the well-being of our children remains our top priority, especially during this time of transition.
“We thank our family, friends, and fans for their kind words of support. And for our children’s sake, we appreciate you respecting our privacy.”

This divorce does come as a shock to Hollywood as they have always appeared to be so much in love since meeting in 2003.  Seal even adopted Heidi’s first child Leni.

The couple had 3 children together with the oldest being 6 and the youngest 2.

The news broke yesterday and both remained quite on their Twitter accounts, and with that, it looked like the news was true, and then confirmed by People late Sunday.

The couple was famously known for renewing their wedding vows each year.

Seal has a new CD coming out on Tuesday entitled “Soul 2” and is supposed to tape an episode of Ellen for it on Tuesday.-DocFB

Diagnosis:  Some say when it rains it pours, Hollywood ain’t no place for Lovers anymore…