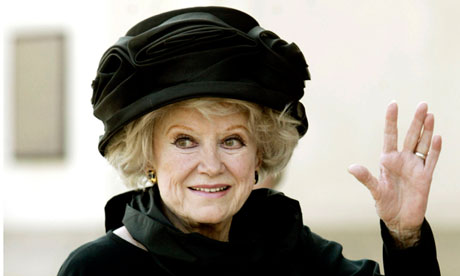 Phyllis mad herself the butt of jokes from her looks to the outrageous costumes she wore on stage and for interviews.

She did not start being a comedian until in her late 30’s which was back in the 1950’s. Bob Hope to a liking to her comedic style and featured her whenever he could.

You look at female comedians now like Ellen DeGeneres, Whoopi Goldberg and Amy Shumer, and the comedy is not focused on their looks. Ellen is pure comedy gold and she knows without Diller or Joan Rivers, she would not be where she is today.

Rivers is upset that not most know who Diller is. I do, but that is because of my Grandparents letting me know at an early age, and her voice was unmistakable in cartoons I watched as a kid when she would be a guest star in “Scooby Doo” and others.

She truly was the Queen of one-liners and her set-up and delivery was smooth and quite fast.

Phyllis Diller will not be forgotten, by her peers, by her fans, by anyone. I know this has been used before, but when it comes to her, it is completely true. Right now, she is making God laugh.

Thank you Phyllis for a childhood that wouldn’t have been as funny without you.-DocFB