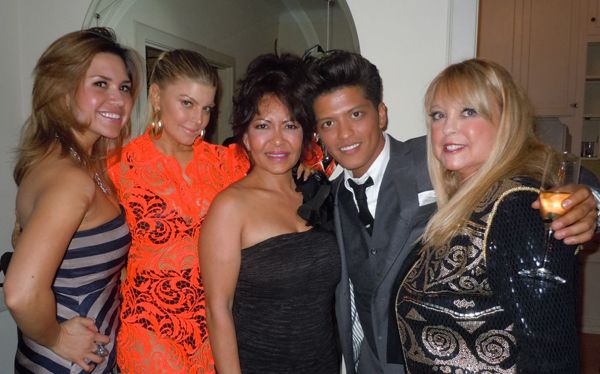 We are just finding out this morning that Bruno Mars’ mother Bernadette Hernandez has died of a brain aneurysm. She was 55 years old.

The news broke via press release this morning from Atlantic Records. It was reported that Bernadette had a heart attack on Friday in Hawaii.

Bruno had an extremely close relationship to his mom and he cites the reason he has stopped using drugs is because of the embarrassment he felt by his mom when he was busted with cocaine possession in Las Vegas a few years ago. He has even tried “E” cigarettes recently to stop smoking for his mom.

Bruno Mars’ first song he recorded was when he was four years old entitled “I Love You Mom” which is posted above.

Hernandez immigrated from the Philippines and wanted Mars’s to stay family oriented.

Bruno’s tour is scheduled to kick off later this month. No word yet of his mother’s passing will effect the tour.

We are sending our thoughts and prayers to the entire Mars’/Hernandez family.-DocFB

Diagnosis: The proud mom below talking about her son….