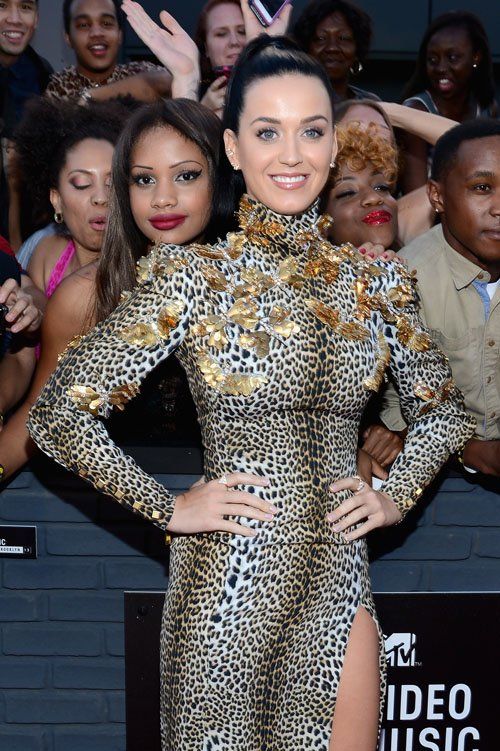 Katy Perry has arrived on the red carpet for the MTV Video Music Awards in a leopard print dress!

We get cool points taken away for using “Roar” in the headline. We already know that. 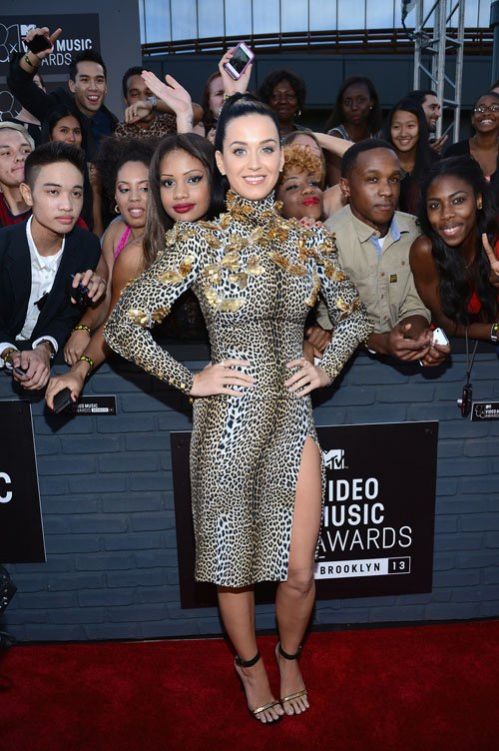 This is the first year that the award show is at Barclay’s in Brooklyn and the red carpet appears to be very close to the fans!  So close and rocking the bright lipstick, they stick out as much as much as Katy’s dress.

Diagnosis:  Katy hinted she is bringing her cats with her to the VMA’s…so expect a few tigers on stage with her at the show….