25 Feb The Bird: Justin Timberlake Deals With Being Flipped Off 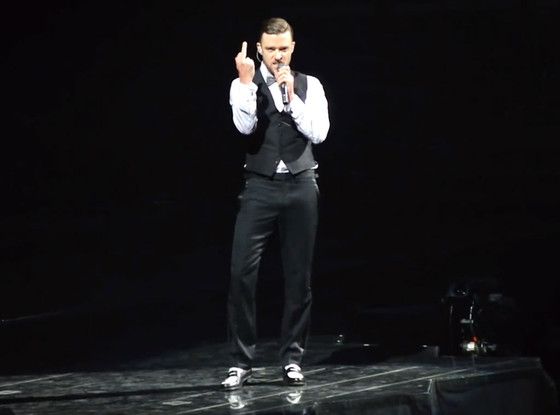 Justin Timberlake dealt with fans in Philly flipping him the bird in a huge viral story today, February 25th 2014, even though it took place in November 2013.

Yup. 3 months ago. Chances are if you are checking your Twitter and Facebook feed, this story is everywhere. Kind of like that Arsenio video where he was taking a stand about having gay acts on his show like the video was new, although it was from the early 90’s.

It is a cool video and he performed in D.C. last night, not Philly but this is the world we live in.-DocFB

Diagnosis: Time is a trick…right? BTW, he is playing in Philly again tonight. Will it happen again and be posted about in June?