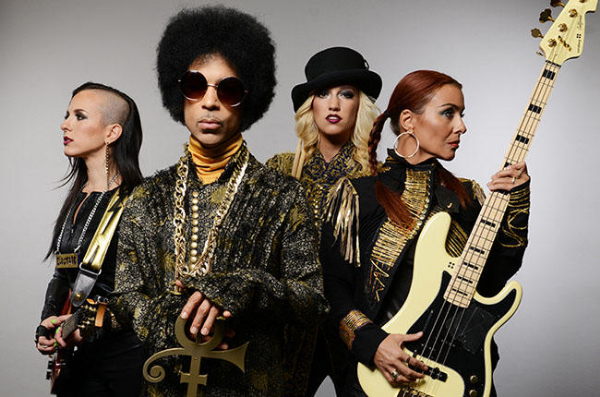 PRINCE & 3RDEYGIRL have just released a lyric video for the song “ANOTHERLOVE” from the album “PLECTRUMELECTRUM” that interjects their performance on Saturday Night Live last month along with photos. The video was exclusively premiered on Billboard today.

The song penned by Alice Smith takes on another life with PRINCE & 3RDEYEGIRL big time. Prince recorded his version of the track during a jam with 3RDEYEGIRL — Donna Grantis (guitar), Ida Nielsen (bass) and Hannah Ford Welton (drums) — at his Paisley Park Studios in Minnesota.