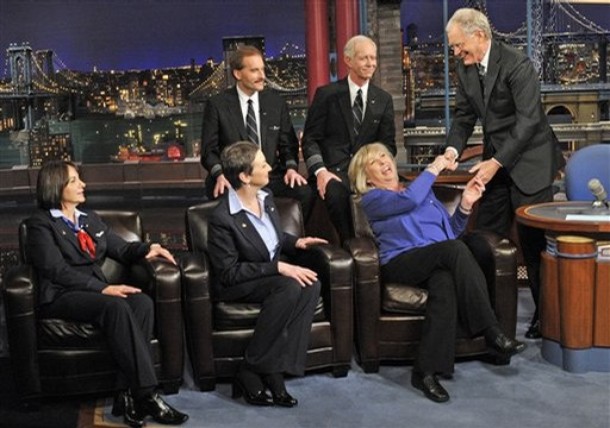 The Crew of US Airways “Miracle On The Hudson” Flight 1549
Vists LATE SHOW On Tuesday, February 10th

Moments after takeoff from LaGuardia Airport, Capt. Chesley and his crew were faced with an emergency situation when Capt. Sullenberger reported a ‘double bird strike’ over the Bronx, resulting in a loss of power in both engines. Without enough time to return to LaGuardia, Capt. Sullenberger and his crew managed to land the Airbus A320 smoothly in the icy waters of the Hudson and, with the help of New York City emergency services, rescued all 155 passengers on board. It is believed that the plane hit a flock of birds after it left LaGuardia, and the National Transportation Safety Board is continuing its investigation into the incident.