17 Feb Nine Inch Nails To Tour With Jane’s Addiction; Then Take A “Break” 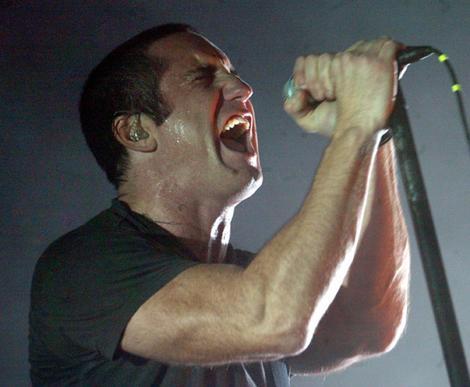 Trent Reznor announced on Nince Inch Nails official site, http://www.nin.com/, that they will be touring this year and the original line-up of Jane’s Addiction will be the opening act!  This is very cool.

Trent talks about how when starting out they were invited to tour with Jane’s Addiction on Lollapalooza and Trent said “and were really fucking FUN to play and attend – truly the best times I’ve had. ”

Trent also talked about how they hooked up in the studio and recorded some stuff.  (Man, that stuff has to be so bad-ass!)

Here is some sad news.  This year will mark the 20th Anniversay of Nine Inch Nails first stuff coming out.  What does Trent want to do after the tour?  He wants Nine Inch Nails to take a break.  Although he says it is only a break, he says the shows will consist of different ways to see them and wave good-bye.  Man, that sure sounds like more than a break.  He does add that all of this feels right and that it will be fun for us and you.

This note from Trent and a wave goodbye seems like reflection on Trent’s part, and perhaps the band.  Nine Inch Nails is one of the most underrated bands out there and of all time.  Trent Reznor is/was and will always be the man.  He never cared about a mainstream audience.  That just happened.  He didn’t play the stupid TRL game with MTV and bucked them long ago.

From bringing David Bowie back to the masses and the days of working with Marilyn Manson, the man has left a staple.  Wether wanting to F you like an animal or dropping loads of FREE stuff onto your hard drive, he has shown time and time again, he gets it.

He is a musician who never sold out, and his fans love him for it.  Sometimes, playing for 10,000 fans who know all your stuff is better than playing for 20,000-30,000 who want you to play the remix version.  Nine Inch Nails had 2 great releases last year that you really should pick up and listen to the creativity.

Trent and the band may be ready to take a “break” but to the fans, let’s hope it is not too long!-Dr.FB