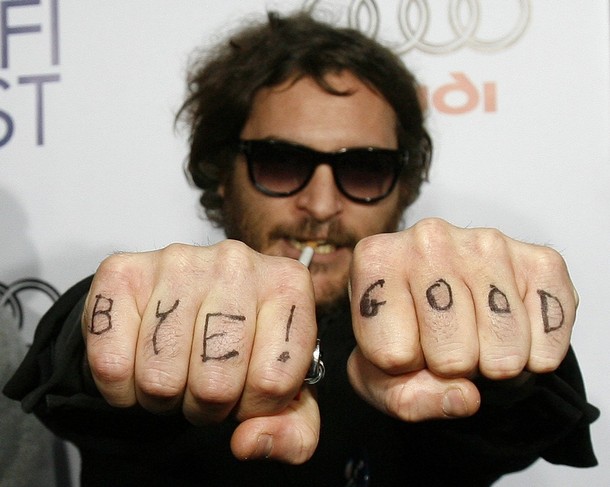 According to this AP story in the Daily News, Joaquin Phoenix leapt into a crowd to attack a heckler during the fledgling rapper’s performance at LIV nightclub in Miami Beach, FL  Thursday morning. Casey Affleck was there to record everything on camera. Affleck is documenting Phoenix’s rather baffling career change for a movie he is making about the actor-turned-rapper. Although security had to restrain Phoenix and pull him off stage, no police were called and no arrests were made.

So what’s really going on here?