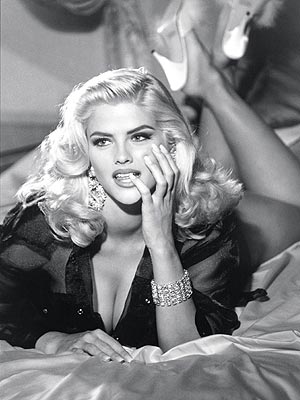 Justice has finally been “somewhat” served.  I posted a pic of the lovely Anna Nicole Smith instead of that creep.  I could never stomach that douche Stern before and quite frankly the feeling has not changed.

As “People Magazine” reports, Stern was arrested Thursday and booked in Whittier, Ca.  Bail has been set at 20,000.00, per police records.

Stern faces felony drug charges for illegally supplying Smith with prescription drugs.  Two others have been charged for allegedly supplying Methadone to Anna.  Sandeep Kapoor was also arrested and booked in Whittier, Ca on Thursday, and a warrant has been issued for Khristine Eroshevich’s arrest.

Smith died at age 39 in 2007, due to an accidental overdose of prescription medications.  She passed shortly after giving birth to her daughter Dannielynn and the death of her son, Daniel.