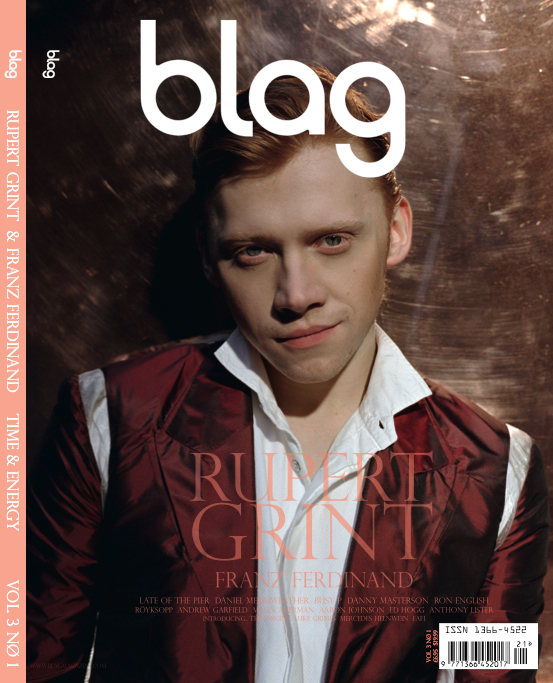 I'm too sexy for my wand...Rupert Grint / Blag magazine

The 20-year old Harry Potter star graces the cover of Blag magazine, a bi-annual glossy, for their latest issue now on sale in the U.K., with an international release TBA.

Grint, known to fans worldwide as Ron Weasley, is preparing for life after Potter by switching up his image from funny sidekick to smouldering leading man. He’s already completed sexy indie thriller Cherrybomb (see an exclusive review here), now making it’s third festival appearance this month at the Belfast Film Festival. Another film he lately completed and due for release sometime this year is the black comedy Wild Target, where he co-stars with Bill Nighy and Emily Blunt as an apprentice hit-man.

And now he’s posing for hip alt-mag Blag, trading Hogwarts robes for cherry-red blazers and sleeveless tees that reveal bulging biceps. See the teaser below, but if you want to see more, you’ll have to pick up your own copy here or look for it in a bookstore near you.