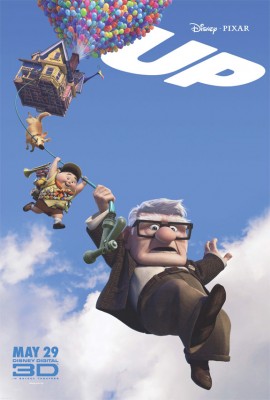 UP Courtesy Of Disney/Pixar File Photo

‘UP’, the latest animated Disney/Pixar film, will launch this year’s Cannes Film Festival on May 13th.  This feature film will be screened in 3-D and is the first animated film to headline the Cannes.

‘UP’ features the voices of Ed Asner and Christopher Plummer.  Interestingly enough it’s also directed by none other than Pete Docter, who directed 2001’s “Monsters Inc”.  This is an animated feature about a 78 year-old man who ties balloons to his house so he can become airborne.

Film hits theatres on May 29th.