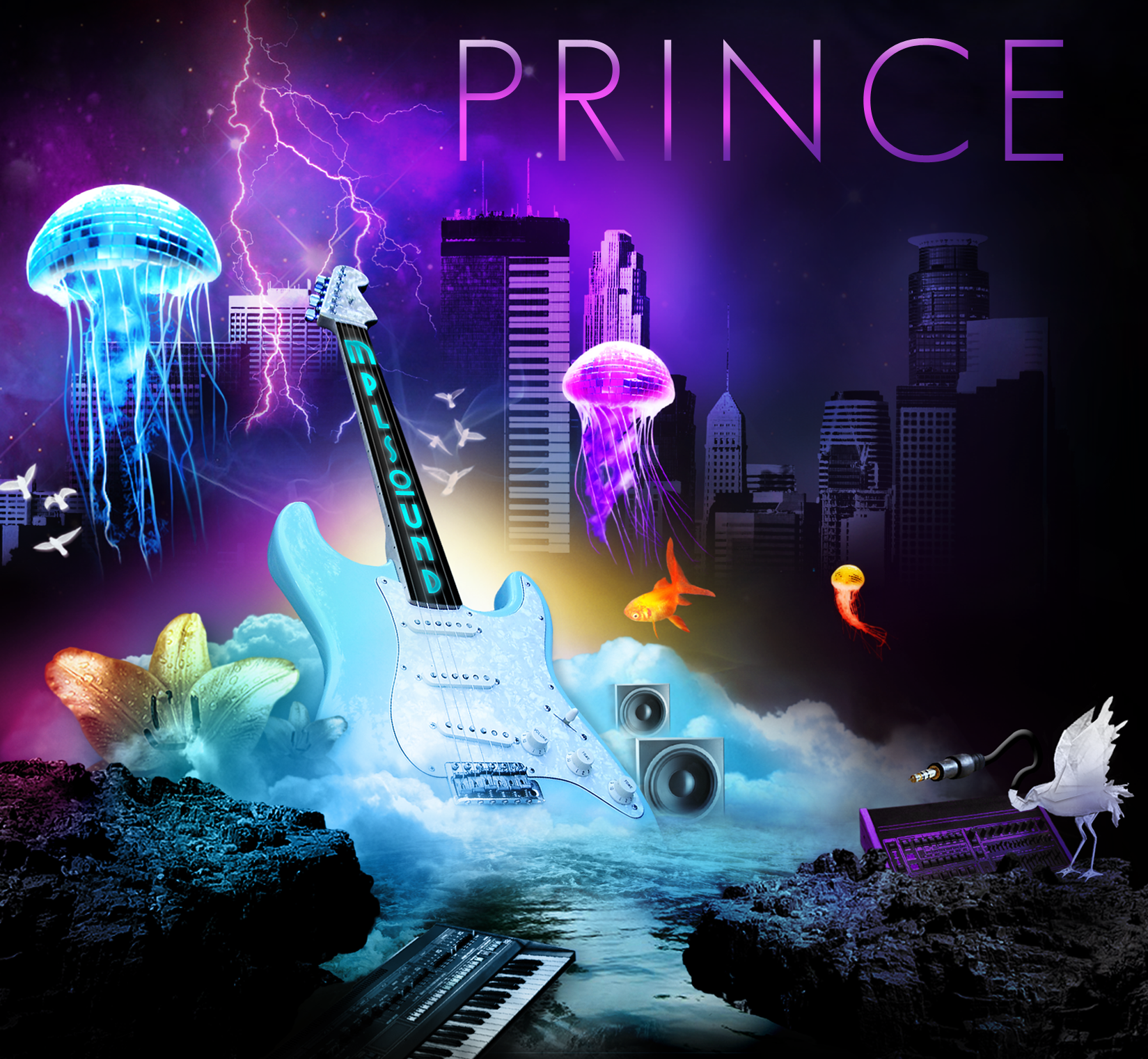 Here is the CD that John Blackwell referred to months ago as Controversy: The Saga Continues.  Not quite but it does capture some of the MPLS0UND from the 80’s updated Linn-Drum style.

Straight up, fans have been and will be divided on this.  Some will say it is funky, another will say it did not deserve to be on 1998’s New Power Soul.

It’s Prince bravado and arrogance that may have been missing in some of his songs of late with a long keyboard ending. I like the lyrics and would love to see a remix perhaps with a different arrangement.

Q-Tip sings the hook chorus of having a box of chocolates that will knock the sox off any girl.  So far, the Internet reaction to this song has been pretty good.  Others are just allergic to chocolate or don’t wear sox in the first place.

So what’s the deal/r u gay or poppin’ pills?/why u still wanna take my hand?/This discotech is ’bout to make me a wreck

This one will grow on people and I had a hard time stopping my foot from going with the beat when listening to it.

The Linn-Drum again in full effect.  Prince uses his speeded up voice talking about how he loves it when you dance for him cuz it gets him hot, because you are shaking everything you got, he likes it because it’s so sexy.

The vourestic Prince takes us on a trip and what turns him on and makes him say Hallelujah! He even drops a nod to fashion icon Christian Dior.

I like this one. (What a surprise huh?)  This def will get played again before going on to the next track.  I like the fun and funny Prince and this is him all over.  Hallelujah indeed!

This is a re-recorded version of his limited piano release of 2002 ‘s”One Night Alone” and it gets the re-treatment.

With the Linn-Drum hooked up to sound like the sister of “The Beautiful Ones”,  the vocals are different but not the words. To me, the previous was more romantic and didn’t need the updated version.

Usually, when it comes to Prince, when he re-records one of his songs, it sounds so different, you could play it back to back and it would not be the same.  3121’s “The Dance” is a perfect example.

It is sung in a higher falsetto towards the end.  Look, I am not going to skip this track, I just preferred the original because Prince totally kills it and it is one of his most under-appreciated ballads.

Here comes Prince laying on his purple charm that will have the panties dropping before the middle of the song. He doesn’t even have to be sexual. He has you at the first line where he asks how beautiful r u?

Sometimes, you don’t need to be explicit to express your love and desires. It may be more fun but not always needed.

This song is gonna be a guilty pleasure like “Lolita” before her.  From lines like “bootyguards” and saying she is curvier than a fender stratocaster guitar and sure as Betty’s Ugly. Oh man. Even love the cheesiness of  the line Penelope wants to Cruz.

It’s playful and nothing serious and women, don’t front if your man got a thing for Salma, you know she hot too!

This is a slow lovey dovey groove. I can just see the threads on the fan sites starting up about who this was written about.

This might seem strange/since so much time has passed/and since only 1 of us still looks the same/ur words not mine, baby/ur still fine yes u r/Like wine, you get better with time

Was this the song that Prince was talking about when he mentioned a song about Kristen Scott Thomas to Ann Powers of the L.A. Times in December? it can’t be, can it?

If you liked songs like “One Kiss At A Time” and “Soul Sanctuary”, this one is def for you.

For those wondering if this would sound like it did live, no it won’t.  Prince’s speeded up voice returns but the kicking groove is still the same.

He is grooving but still getting topical:

You have to hear this cut live and hopefully one day you will, because the way Prince closes it, it’s true;

We were not able to listen to this one but here is a snippet of some interesting lyrics:

The disc clocks in at just under 50 minutes but it’s groove should last with you a lot longer than that.  I like this one.  I like lotusflow3r too and to compare the two would be an injustice to you, Prince, and the music.  Some will say Prince has lost “it.”  I don’t think he has.  I am glad the lyrics will be online so people pay attention to what is said.

This CD is an enjoyable one compared to the socially conscious Lotusflw3r and it is a good thing they are both packaged together for your listening pleasure.-Dr.FB