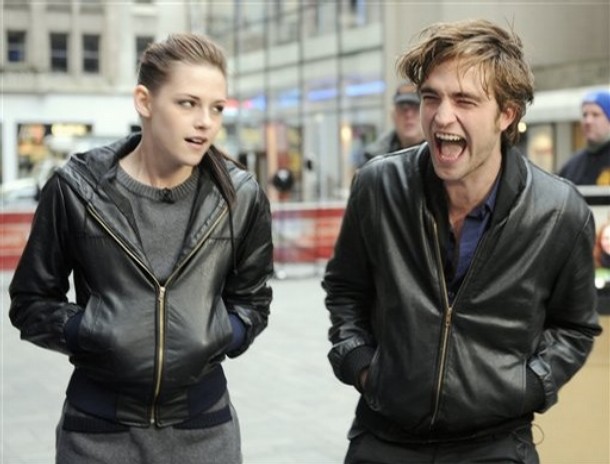 Kristen: No, serusly, Bob. You stink.

Hold on to your hats (and noses), girls. Apparently dreamboat Robert Pattinson is more of a fishing trawler. According to this report at Vh1, sources on the set of New Moon are saying that Pattinson seems to have an aversion to showering and his body odor is driving everyone mad. Two members of the staff and crew on the Twilight sequel are quoted as saying, “He stinks. I mean, it’s awful. He never showers, and it drives people on the set crazy.”

“He completely reeks,” the other said.

Hey, when we say we bring you the funk, we mean it.