02 Apr Keeping Up With Kim Kardashian As She Chows Down 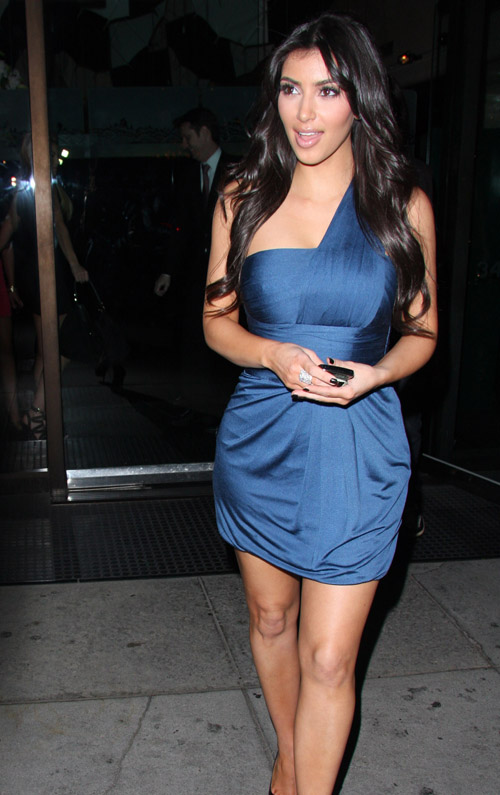 OK, we know Kim is going to HATE the title of this.  Will she put us on blast again on her site KimKardashian.com? We hope not.

Kim was spotted exiting Mr. Chow’s after a dinner Tuesday night.  Now, everyone knows in Hollywood, you go to Mr. Chow’s to be seen and at least Kim does not disappoint in the blue number.

She has done the movie thing, doing the TV thing, the fashion thing, we just wonder, when will Kim do the music thing?  It just has to be coming.  Shoot, get Reggie to do it as well and record under the name the Bush n the Tush. Just saying.-Dr.FB