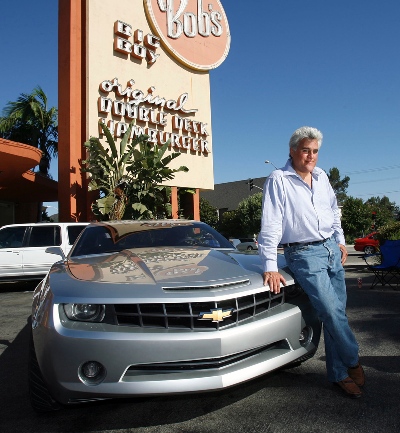 Boston does not want their Jay Leno.  At least the NBC Station in Boston.

Boston’s NBC affiliate, WHDH-TV, is opting to air an hour-long local newscast in the 10 p.m. hour instead of sticking with the network’s new talk-show vehicle for Jay Leno, who will bow out as host of the Tonight Show on May 29.

But NBC doesn’t plan to stand idly by so that Bostonians can tune into the Channel 7 news.

“WHDH’s move is a flagrant violation of the terms of their contract with NBC,” said NBC TV Network president John Eck. “If they persist, we will strip WHDH of its NBC affiliation. We have a number of other strong options in the Boston market, including using our existing broadcast license to launch an NBC owned and operated station.”

Boston is the seventh largest TV market in the U.S. Ansin told the Globe that WHDH’s contract with NBC allows it the option of passing on Leno in favor of news.

It remains to be seen whether this will be the beginning of a nationwide revolt.

For more on this story and where it came from, please go HERE.

I didn’t think this would be a big deal at all.  Never heard of a network affiliate rejecting a show like this before.  Boston, what’s happening?-Dr.FB