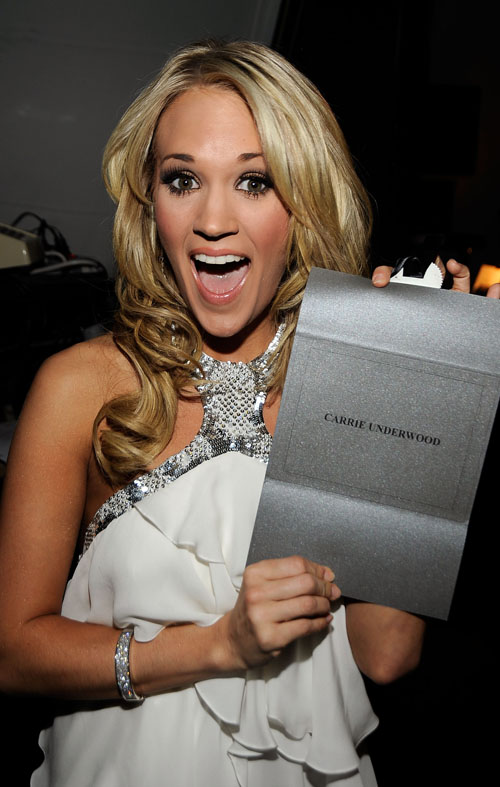 Carrie Underwood won Entertainer of the year at last night’s Acadamy of Country Music Awards.  She also won female vocalist of the year as well.

Also, it seems as in years past, there was not so much drama about her winning like when Faith Hill expressed her frustration of someone winning a contest to get where she is at.

Entertainer of the Year: Carrie Underwood

Song of the Year: “In Color”, Jamey Johnson

Video of the Year: “Waitin’ on a Woman”, Brad Paisley

Vocal Event of the Year: “Start a Band”, Brad Paisley with Keith Urban