08 Apr Kal Penn Trades In ‘House’ For ‘The White House’ 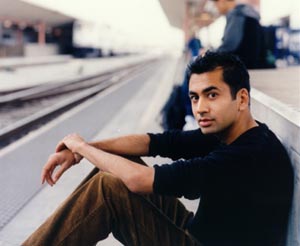 Isn’t he a HOTTIE!  He’s got me thinkin back to the good ol’ days of Harold & Kumar.  Light up a doobie and get wild.

Penn rallied and was a vocal supporter during Obama’s presidential campaign.  Kumar spoke out at Obama’s inaugural concert at the Lincoln Memorial.  Penn will be the new Associate Director at the Office of Public Liasion.  He will help the Obama Administration connect with arts and entertainment groups.  All this seems to boring for Penn, but hell I guess I just see the weed smoker side of him.

This is great for Kal and I wish him well, but PLEASE don’t stop makin’ movies, dude you are one of the best.  I love your humor, Kumar ROCKS 🙂