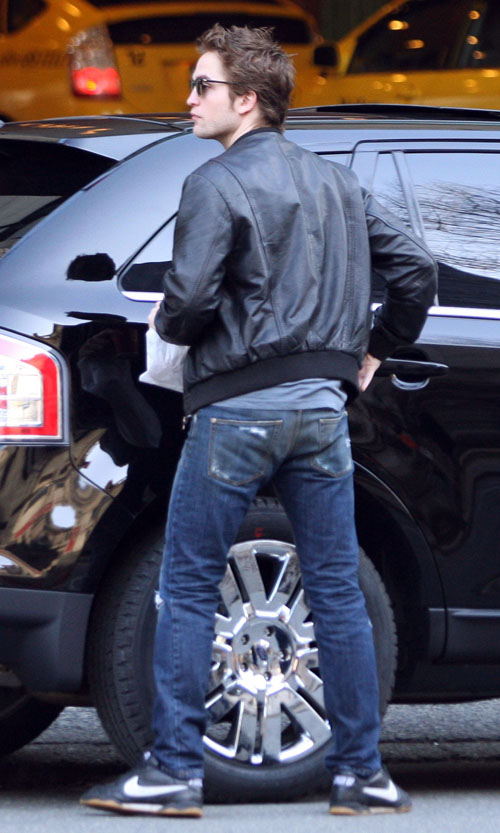 Robert Pattinson was spotted after gettinga bite to eat at one of his favorite restaurants while filming the Twilight sequel “New Moon”.

It’s nice to see Robert able to still do normal things no matter how big he has become.  Just don’t tell Miley Cyrus because she thinks we care what she thinks about Robert.-Dr.FB