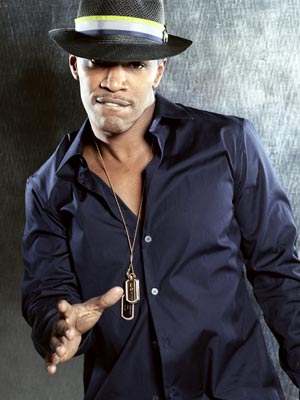 Keep in mind Jamie is 40 something and Miley is ,YES, 16.
Miley reportedly got upset she wasn’t allowed backstage with
RadioHead at this year’s Grammy Awards. She said some snob
ass words and went on her way.  I’m sure she got over it in a split
second.
Here is where the story gets crazy….
Jaime has a satellite radio show called ‘Foxxhole’.  A caller commented
on “The Cyrus tantrum” and that is when Jamie the Foxxhole crew
slammed her.
” Make a sex tape and grow up……get like Britney Spears and do some heroin…Get some crack in your pipe……Catch Chlamydia on a bicycle seat…”
WTF??  Doesn’t Jamie have a teen daughter of his own? Can this really
be justified? Thoughts?
BTW…..Leave Britney Alone!!!