29 Apr Jon And Kate Plus Another Mate? 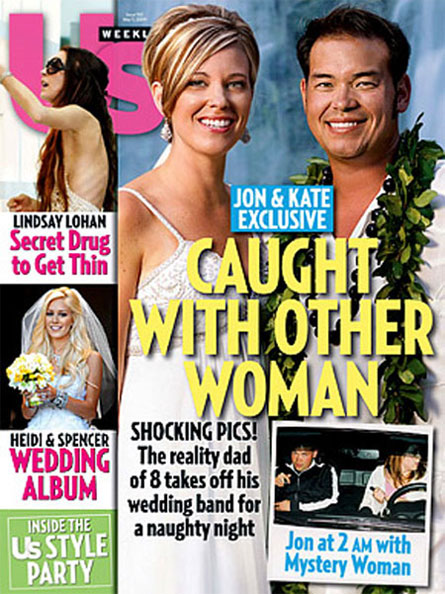 Was Jon caught with another woman?

According to Us Weekly, Jon was spotted leaving a bar near his home  at 2am with an unidentified woman.  Sources say Jon could barely walk, and he was calling this unidentified women “baby”.

“I went to Lengends to speak to the owner.  A friend of mine wanted to check out my car, so I let her drive it to her car.  Yes, I have female friends-but that’s all she is.  I’m not going to end my friendship just because I’m on television”.

I would probably hit up a bar whenever I could if I had as many little ones and a wife with a MONSTER attitude too.  As for the chick, well I don’t know, it’s just one of them thangs….

What do you think?

Jon and Kate plus 8, US Weekly