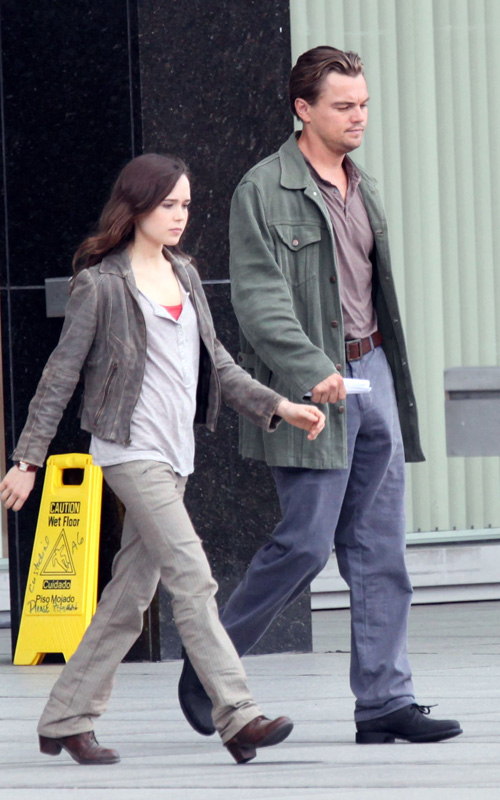 Ellen Page & Leonardo DiCaprio together?  That would be one hot Hollywood couple. But it is only meant for the big screen, not real life as far as we know.

Ellen & Leo are working on a new movie entitled “Inception” and the movie is directed by Batman director Christopher Nolan. The movie storyline is about a  high ranking businessman who gets blackmailed.  The movie is due to be released July 2010.

As for romantic links, Leo has been spotted hooking up with MTV Reality (Sigh) star Whitney Port. I don’t know about you, but it is only a matter of time til Leo’s heart goes on to someone else.-Dr.FB