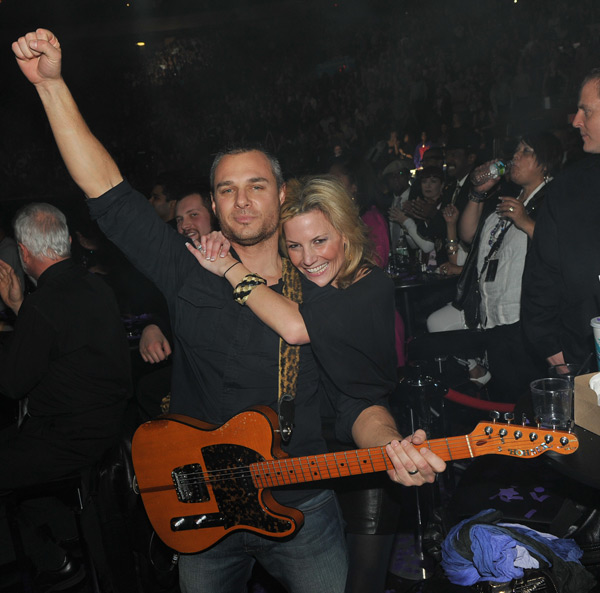 Last Saturday night, Prince rocked New York City with his first of three shows at Madison Square Garden. The Garden was sold out and the roof about flew off with all the funk in the building.

During the concert, Prince finished a song (“Baby I’m A Star” if I recall?) and handed his trademark Hohner leopard guitar down into the VIP section. One lucky fan got his hands on it and posed for the picture above.

I was not in the VIP section but vividly remember watching this moment happen from above. Prince has handed off guitars into an audience before, but never at a large arena show and very rarely it is his treasured Hohner which he’s been funking on since Dirty Mind. How lucky was that fan that an official photographer was right there to capture the moment??

Did the fan give it back? Oh yeah, we saw the guitar later in the show, back on Prince where it belongs. 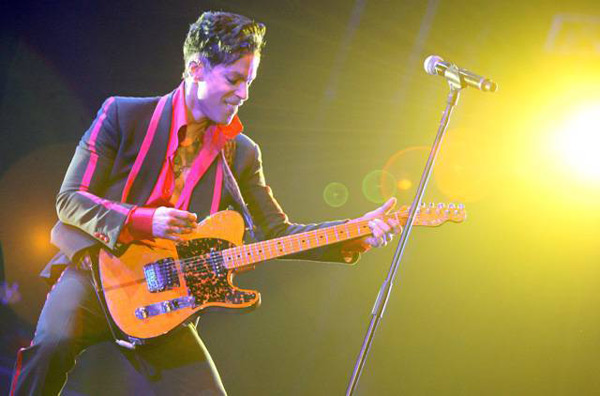