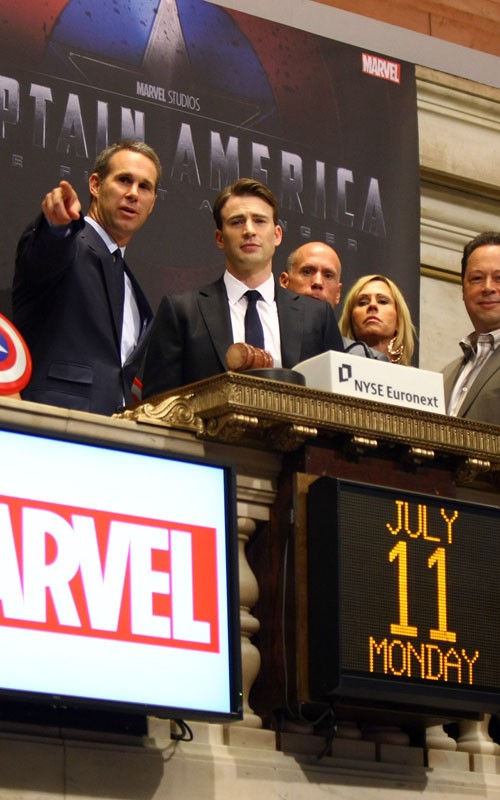 Chris Evans, the new Captain America, opened the New York Stock Exchange this week along with a full movie poster behind him and the Marvel comics and film logo around him.  With the economy the way it is, you would think it would be the Red Skull ringing the opening bells.

Evans opened the market and trading and one can only hope the movie is marketable for Marvel more than Green Lantern was for DC Comics and Warner Bros. Pictures.

Diagnosis:  What?  No Tony Stark At The End Of Trading Making A Cameo?