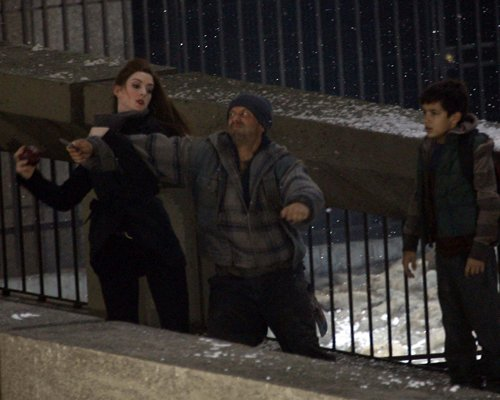 Anne Hathaway was filmed doing a fight scene for “The Dark Knight Rises” as Catwoman in L.A. over the weekend.  Looks like Anne can avoid a punch pretty well.

“The Dark Knight Rises”, the last of the Christopher Nolan Batman films, is set for release next summer, 2012.-Dr.FB

Diagnosis:  What, No Batgirl?