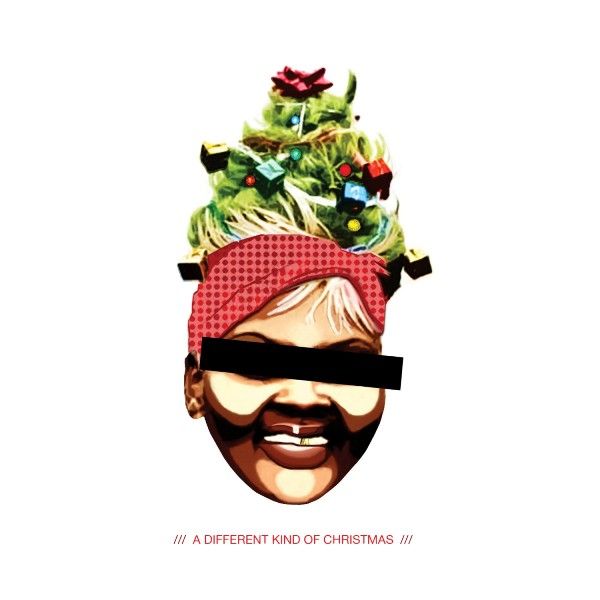 A new holiday album is due out entitled “A Different Kind Of Christmas” and features 2 songs, “Snow Bunny” and “Holiday Wavy” from Rock & Roll Hall Of Fame member and an original member of Parliament Funkadelic, Jerome “Bigfoot” Brailey.

Brailey, an OG member of Parliament Funkadelic, or P-Funk for those in the know wrote one of the band’s biggest hits “Give Up The Funk (Tear The Roof Off The Sucker) with the R&RHOF stated as one of the songs that “shaped rock & roll” and VH-1 listed them as one of the top 100 Greatest Artists Of All Time.

“A Different Kind Of Christmas” also features four songs from the multi-platinum, Grammy-nominated Buffalo Stille aka B. Stille of Nappy Roots. He’s the youngest member of the chart-topping group and “often considered the best MC” says Rolling Stone Magazine. He has been featured in The Source Magazine for having the prestige hip hop quotable — kicked one of the critically-acclaimed performances and fan favorite verses on the single “Down ‘N Out” featuring Anthony Hamilton.

Other artists included on this album are Michael Jackson’s niece, Tanay Jackson, the daughter of Tito Jackson from The Jackson 5, Thulani Jeffries and Oral Brennan of UFO, Pam Behan aka “The Kardashian Nanny”, Grandmaster Roc Raida, Smoove Gotti, Da Product, J. Bill$, 1st Blood, Zara Phillips, Ty Healy, Echo, Lea Marie, Stilmatic, Kevin “DJ Dev” Grisham, Big A LTA, Michael Barber, Staxx N Waxx, Nasim, Vahagni and Bondz of Bigfoot & Bondz. “A Different Kind Of Christmas” is Executive Produced by Jonathan Hay who is known as the person who broke Rihanna – one of the most famous celebrities in the world and already one of the biggest selling artists in music history. For more information go to www.differentkindofchristmas.com-DocFB