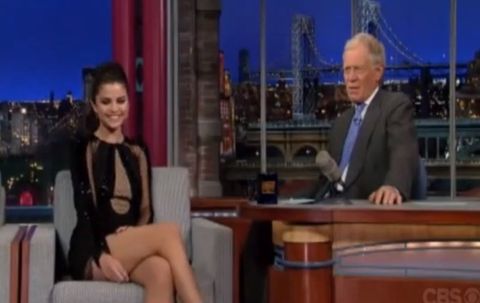 Selena Gomez was on the Late Show With David Letterman where they took turns talking about Justin Bieber now that the actress/singer is no longer with the teen sensation.

Dave talked about when Bieber was on the show last time and he gave him a hard time over his tattoos and made him cry. Selena replied “That makes two of us” which was an obvious set up, but funny nonetheless.

We think it will only be a matter of time before Justin says something today about this, either on his Twitter or Instagram feed.-DocFB

Diagnosis: It really is over…