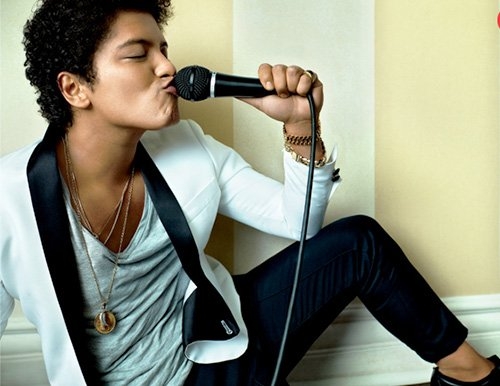 The L.A. Times broke the news earlier today. The NFL will make the announcement tomorrow.

In recent years, the NFL chose safe acts as the halftime show, such as Tom Petty & The Heartbreakers, The Who, and Bruce Springsteen. The past 2? Not so safe with Madonna and Beyonce.

On Thursday’s episode of “What’s Up Doc” we were wondering who would be the Super Bowl Halftime Show performer and Bruno Mars did not even cross our minds. We thought with the Super Bowl being in Jersey that Bon Jovi might be high on the NFL’s wish list.

We think it is a great choice. Mars has had a lot of ballads as hits. It will have to be heavy with more upbeat numbers like “Locked Out Of Heaven” for sure….-DocFB

Diagnosis: What do you think of Bruno Mars being chosen to perform at the Super Bowl?